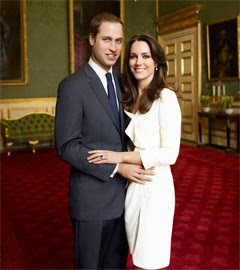 It is said how you look or how you present yourself is a reflection of who you are and how you would like be perceived. Each of us creates our own trends in life, styling our way through each step defining our ever-changing style as we maneuver our path. Most of us have the luxury of not having to stumble and recreate ourselves on a world stage like the Prince of Wales & his betrothed Kate Middleton. There has been an overwhelming buzz around the April 29, 2011 nuptials of Prince William of Wales and commoner Kate Middleton. As with any wedding it will exude it’s own style and gives the world an intimate insight into this Royal couple. However, unlike your wedding or mine the trends set by this wedding will create a ripple effect in Fashion over the next year! As the excitement around this event builds there appear to be signs that William & Kate are not Traditionalist. Their day will be one that Fairytales are made of, yet it seems this couple will not likely allow the pressures of History or Monarchy define who they are or how they plan to style their future. The “news buzz” states that Prince William’s ring finger will remain bare even after the nuptiuals. The Bride will not greet the commoners along the London crowded streets in the traditional procession of a horse drown carriage, but cherish her ride to Westminster Abbey in a private limo with her Father. And three weeks prior to the nuptials speculations around Kate’s wedding dress designer remain in question. 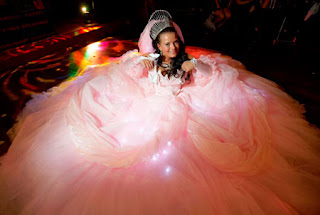 Some say Kate has selected British Gown Designer Thelma Madine, the owner of a Liverpool-based Nico’s Dressmakers. Thelma is known for her professionalism in upholding the secresy of her creations as much as for designing over the top gowns with a theme based style. It is believed that Thelma Madeline created the world’s biggest wedding dress, weighing an estimated 25lbs with a 60ft train. Adorned with 30,000 Swarovski crystals and 120 metres of silk. Talk about an exhausting day, the walk up the ailse in this creation would have had me ready for a nap! And I must admite this desginer seems to be a bit over the top given Kate’s elegantly conservative style. So I ask you my fashionista mavens, do you think Kate will take on the traditional role of a Princess with a bigger than life pouf skirt gown adorned with her theme of choice, complete with a royal insigna embroidered veil? Or will Kate buck traditional expectations of a Princess and surprise us all with a fitted high fashion haute couture creation that will leave us captivated?