Tonight we have some fabulous prizes up for grabs…. Please take a look at the prizes below and remember… please only play for the prizes that you really want as to give other moms an opportunity to win. 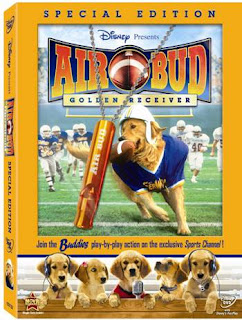 Now you can kick off all-star family fun with the heartwarming Air Bud: Golden Receiver Special Edition, featuring exclusive all-new bonus action: Sports Channel play-by-play quarterbacked by the Buddies! This time out, Buddy, the hoop-shooting, hotshot canine, tackles a new sport—football. When his teenage owner reluctantly becomes the school’s new quarterback, Buddy catches the spirit and joins the team. Soon, the two find themselves leading the Timberwolves to the state championship. But victory hopes are sidelined when two sinister Russian circus owners take a bite out of everyone’s plans and dognap Buddy for their star attraction.Give three cheers for Disney’s hilarious hit that goes the whole nine yards for outrageous fun and adventure. 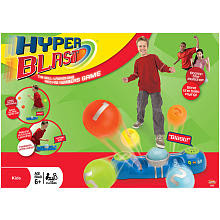 Keep your kids active with Hyper Blast, a game that challenges the body and mind. Based on the listen-think-move concept behind award-winning predecessors (Hyper Dash, Hyper Jump and Animal Scramble), this new game is a high-energy alternative to sedentary entertainment. Kids stomp their feet to send numbers flying, and then run to retrieve the numbers as quickly as possible. The game has a base unit with a central launch pad and a speaker that calls out which numbers to run to and pick up. Players must return the numbers to the correct location on the base to receive their next command. 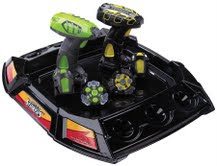 Battle Strikers Starter Pack
This was one the top toys of Holiday 2009 as predicted by our friend and co-emcee of the Chester County Moms Holiday Extravaganza, The Toy Guy, Chris Byrne.