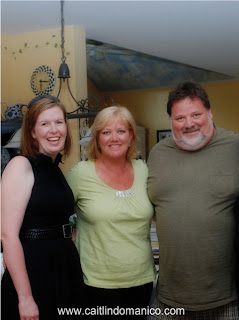 As you read in “An Afternoon with April Margera: Part 1”, ChesterCountyMoms.com on the day we met with April in her Chester County home, we were treated to a tour of her amazing home. Read all about it here. After the tour, we were able to talk with April about some of our most burning questions for the Chester County Mom of 2 and Grandmother of 3!

As we settled ourselves on April’s beautiful wrap-around porch, conversation quickly turns to the most pressing question we had for April. We wanted to know how April was able to do IT. Mothering is certainly one of the most complex jobs ever. We needed to know how April was able to provide Bam with such a strong support system and protect him from the overtly dangerous aspects of his skateboarding and pranks (at least in his earlier years) while still letting him express himself and having the space he needed to be creative and pursue his interests (crazy as they are) all while encouraging Jess to follow his passion for music. April notes that there were many, many tears shed throughout the years as her kid’s grew up and her kitchen was painted blue, or when the boys dug a tunnel under the house or jumped off of the roof…for fun, but throughout it all she has always had faith in her sons and loved them unconditionally.
One of things April enjoys most is watching Jess be a dad. She also marvels at how lucky she is to have two wonderful daughter in laws in Kelly and Bam’s wife Missy.
It is clear very early in our talk that April just has a knack for being that go-to Mom. Sarah shared with her stories of her son at age 2 being a walking tornado with no fear and told April that if in 10 years she gets a phone call with someone sobbing on the other end of the phone..it would be Sarah asking for advice. April said no problem..”I’ll walk you through it”.
One of the many very interesting things that April shared with us about her sons was that they both possess a supreme sense of drive and determination. She told us of a time when Bam was in grade school and he wrote a list of goals. The list included items such as becoming friends withTony Hawk (successful skatebording professional), skating in professional tournaments, and owning a Lamborghini. Jess, also from an early age knew he wanted to be a musician. April’s brother is a musician and having seen first hand how tough the music industry can be to break into she was unsure of what kind of career Jess would have. Being a determined woman, she decided that she and Phil would do everything that they could to support their sons and it is with that kind of mothering that she is proud to say that both of her children are successful, happy people, doing what they love to do. Jess is currently on tour with his band CKY and Bam was in Seattle with the CKY tour on the day of our visit. He had called his mom earlier that day to tell her that he had met the Jonas Brother’s while on the west coast.
We asked April if she has ever considered moving to the west coast and she said no. She enjoys being able to go to the grocery store and go out to dinner with out being bothered by photographers. She said California is nice to visit, but West Chester is where she calls home.
We asked what was the strangest moment she has had since her new found fame? She said for years as a hairdresser she always helped people get ready for balls and formal affairs and never thought she would get to experience that lifestyle. Now she is walking red carpets and people that she has read about in magazines or watched in movies actually want to meet her.
Throughout the course of the afternoon, we had so much fun talking about all things April, including her fantastic cookbook called “There’s An Alligator In My Kitchen“. When asked about her cooking skills, April replied that she learned her way around the kitchen and out of necessity. During the early years of Bam’s skating career, the boys would practice skating tricks for hours with friends then they would ALL converge upon her house and would be starving. She learned quickly to keep basics in her pantry and keep her freezer stocked. April thought if she could please scores of hungry boys taking over her kitchen, hopefully she could ward off pranks for a few days. The title of April’s cookbook comes from the scene in Jackass:The Movie

when the Jackass boys surprised April with a REAL Alligator in her kitchen. “There’s An Alligator In My Kitchen” highlights April’s favorite recipes (a few Jackass faves too) and family photos. You have to try the “Bam Bars” They are D-lish!
So what is next for the Margera clan now that filming for MTV is completed? Well taking a break and relaxing surely isn’t in the cards. The Margeras are as busy as ever. Bam is part owner inThe Note, which is a great live music venue in downtown West Chester and also hosts a weekly show on Sirius called Radio Bam. April herself is making the desserts for The Note..and..YUM! We got to sample her “Hula Cake” and brownies and they are so good! April also has another book in the works and she and her husband, Phil, are very actively involved in the management of the music and entertainment careers of both sons. April is also very engaged in her role as grandmother these days to her son Jesse’s 3 children. Currently Jesse is in the middle of a nationwide music tour with one of the 3, yes 3, music groups that he is part of. April relishes being able to help out her daughter-in-law by helping out in any way she can when Jesse is out on the road.

What else…? Stay tuned. We can’t wait to see what fun stuff the Margera Family has in store for us. They are certainly a lively family, but more importantly a close family bound together with love and support for each other. We enjoyed our afternoon with April so much that we all lost track of time. We shared lots of laughs and it was truly an honor to meet such a wonderful Chester County Mover and Shaker!

Want more delicious recipes from April? Click on the link above to order…
April Cooks: There’s an Alligator in My Kitchen
An Afternoon With April Margera Post Photographs courtesy of Caitlin Domanico
www.caitlindomanico.com